The importance of collaboration: How a good Specification Manager can add value to your project

At alsecco, we have a number of highly specialised specification managers employed by us. Possessing a complete and comprehensive knowledge of our products, their purpose is to work alongside project managers and architects in order to ensure that your needs can be met and your desires made into a reality.

However, these specification managers often lament the fact that they are brought in on a project when it’s nearing completion. What this means is that they’re frequently unable to provide information that could have proved invaluable at an earlier point in the process until problems have already arisen.

A case in point is a recent project that one of our alsecco sales agents was involved in. This specification manager met with a tier-one main contractor in order to discuss a large residential scheme that involved brick cladding – a component that our team specialise in.

Gathering together with the design manager, project manager, quantity surveyor, estimating manager, and a very experienced construction professional that our specialist had invited, they were shown the plans they were there to collaborate on.

The idea they were confronted with was unlike anything they’d seen before. Made almost exclusively of brick, the intended façade required a combination of traditional brickwork and precast concrete brick slips, kept in place by a slip system that made little sense to either our specialists or the primary contractor.

Despite over 40 years of experience with cladding, our professionals were stumped, as were many of the other highly skilled individuals who were meant to turn this idea into a reality. Because of the numerous complex details included by the architect, it soon became clear that even working out which element connected to which was going to be an issue. 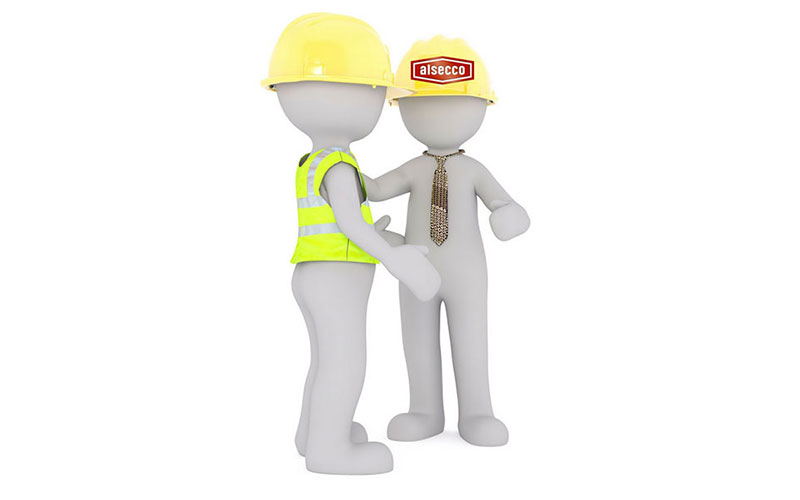 Being the consummate professionals that they are, our specification manager and his colleague nevertheless set to work explaining how the scheme could be made more efficient with regards to time, cost, and deliverables. Explaining where tweaks could be made to the design in order to optimise its viability, they set out a number of proposals to turn the proposed idea into a workable, real-world façade.

Unfortunately for them, however, the main contractor had his hands tied and was compelled to submit a compliant bid. Until he had done this, he could not consider the proposal put forward by our professionals despite his support for it.

This is an issue that our alsecco experts run into time and again, and it’s what prompted us to write this article. That’s because the problems our team encountered could have been entirely circumvented if the architect had spoken to an experienced specification manager earlier in the process. This would have saved a significant amount of time, effort, and money being expended, by ensuring that the idea was workable from the get go.

The knock-on effect of this is that the list of professionals we mentioned above would all have been able to avoid devoting their efforts to a project that required a significant rework, without any of the architect’s design intent having to be sacrificed.

This is why we so often sing the praises of our specification managers. While we understand that some professionals imagine their focus to be sales-oriented due to their association with our product, this is not their sole ambition. In reality, we employ them to improve our customer relationships, by ensuring that those who use our systems are able to get the most out of them.

As part of this ambition, these specialists endeavour to offer the best possible technical and commercial advice at every stage in the planning process. Working with architects and main contractors, they make it their mission to add value to projects by being honest about when an idea won’t work and upfront about how improvements can be made and where money can be saved.

Only when they’re able to perform this vital function can these goals be achieved – to the benefit of everyone involved. This is why we urge designers and designer managers to work with our specification managers from the beginning to the end of their projects, in order to ensure that they have the right information at every point in the process, and that they’re able to deliver value for money, realistic expectations, and a workable timeframe to their stakeholders.

What this means, essentially, is that rather than increasing your outlay, these highly skilled professionals are among the best-placed people to minimise it. Work with them as closely as you can, and your project is sure to reap the benefits in the long run.